Blog originally posted on Friends of Science contributed by Robert Lyman © 2021.   At the recent annual meeting of   ▸

EXXON Mobil – An Exaggerated Win for The Greens

At the recent annual meeting of EXXON Mobil shareholders, there was a proxy battle that paved the way for the election of new board members. According to the preliminary results, eight of the existing members were re-elected. Engine No. 1, an activist hedge fund that owns a tiny fraction of the company, nominated four members to the board. According to the preliminary results, two of the Engine No. 1 candidates were elected, backed by EXXON Mobil’s second largest investor, BlackRock, Inc. but also with the support of other institutional investors that support a larger emphasis on “ESG” investing. One other Engine No. 1 candidate is still in contention.

Environmentalists in general and climate catastrophe believers in particular were exuberant over the results, claiming in some cases that this marks a significant change, not only in the investment plans of EXXON Mobil but in global greenhouse gas emissions. We need a more sober evaluation of the outcome.

The Background on EXXON Mobil

EXXON Mobil is one of the highest profile US-based oil and gas companies. It engages in the exploration and development of oil, natural gas and petroleum products through three segments: upstream, downstream and chemicals. The company has a current market capitalization of US $247 billion. It has lost nearly $200 billion in market capitalization from its peak in 2013. Its returns declined by 17.5 % over that period. However, in 2021, its stock value increased by 41% before the annual meeting.

Contrary to public perception, EXXON Mobil is not the largest oil and gas company in the world. In fact, it ranks seventh, behind China Petroleum and Chemical Corporation, China National Petroleum Corporation, Petro China, Royal Dutch Shell, Saudi Arabian Oil, and British Petroleum. Its oil and gas production is exceeded by Saudi Aramco, Lukoil (Russia), KPC (Kuwait), Gazprom (Russia), NIOC (China), and CNPC (China). It is only one of 250 large oil and gas companies listed by Platts, an important source of industry news. In fact, it accounts for only about 4% of global oil production.

EXXON Mobil, like most major companies in North America, is owned mainly by institutional investors, with mutual fund holders having 28.4% of the stock and other institutional investors holding 24.8%. Individual stock owners hold only 0.8%. In other words, those who stand to gain or lose from EXXON Mobil’s financial performance are largely pension funds.

The company has been under pressure from “activist” investors for some years to pursue opportunities in the renewable energy industry. In fact, last March, EXXON appointed Jeffrey Ubben, a well known climate activist, to its board to accelerate its move towards renewable energy. The company’s general view to date, however, has been that oil and gas investment offers the opportunity for better returns due to the continued and increasing global demand for fossil fuels. The issue in terms of investment therefore rests on differing views about what will drive future energy markets – the demands of the developing countries for conventional fuels or the government-imposed requirements for increased supply and use of alternative energy sources.

If EXXON were significantly to increase its investment in ‘green” energy, it could do so by accumulating more debt, cutting down investments in oil exploration and development projects, reducing its dividend payout or divesting oil and gas assets and investing the proceeds in renewable energy. As oil and gas is the company’s core business, and the basis on which it has been able to provide high returns in the past, it seems highly likely that its venture into new areas with higher technology risks will result in reduced returns to shareholders and slower growth.

Merril Lynch, in commenting on the outcome of the annual meeting, stated as follows:

“If dividend surety is the objective, XOM has walked the walk. To pivot from its core competence presents greater risk. We don’t see any significant change from a symbolic vote. The activist criticism did not offer specific demands other than protect the dividend and pay greater attention to risks of an energy transition. Headlines paint the result as a “stinging setback” or “landmark climate vote”. But we see the practical implications as largely inconsequential: that Engine No. 1 added two ‘old energy’ practitioners’ to XOM’s board is largely symbolic: while we acknowledge management could be more conciliatory amidst an increasingly fractious climate debate, it has no impact on our view of XOM’s investment case, strategy or leadership team which we view as pragmatic advocates for responsible oil and gas investment.”

Other investment analysts have commented that the election of the new members was likely more a function of investor dissatisfaction around recent financial and share price performance than a call for an overhaul of the core strategy.

The Effects on Markets and Emissions

Only time will tell how much EXXON Mobil’s investment strategy will change and whether, specifically, it will reduce its investment in oil and natural gas.

Both the International Energy Agency and the US Energy Information Agency in their May 2021 short term oil market outlook reports, noted that global oil demand is on track to rise by 5.4 million barrels per day in 2021 and to exceed 100 million barrels per day by the end of 2022. Both agencies’ longer term projections to 2040, as well as those of other economic forecasters, see global oil demand continuing to rise due to economic growth in Asia, regardless of what policies OECD countries adopt on the climate or on renewable energy subsidies.

In the event that EXXON Mobil were to reduce its investment in new supply development, there is no shortage of other companies, especially in China, that will be more than willing to step in to meet the demand, especially if, as seems likely, less supply would result in higher prices.

The climate alarmists may have succeeded only in reducing the dividends to pensioners, not “saving the planet”. Some win!

ROBERT LYMAN is an economist with 27 years’ experience as an analyst, policy advisor, and manager in the Canadian federal government, primarily in the areas of energy, transportation, and environmental policy. He was also a diplomat for 10 years. Subsequently, he has worked as a private consultant conducting policy research and analysis on energy and transportation issues as a principal for Entrans Policy Research Group. He is a frequent contributor of articles and reports for Friends of Science, a Calgary-based independent organization concerned about climate change-related issues. He resides in Ottawa, Canada. Full bio.

A 2017 Reuters news release “Exxon to provide details on climate change impact to its business“, the news agency misstates the rate of global warming by ten times. Despite a Friends of Science Society press release making this public “Reuters Math Error Creates Ten Times the Global Warming in Exxon Story“, as of May 30, 2021, there has been no correction to the Reuters story.

Merchants of Consensus: A Public Battle Against Exxon

LINK to “Private Funders, Public Institutions: ‘Climate’ Litigation and a Crisis of Integrity”

Unseen power: How mutual funds threaten the political and economic wealth of nations

Foundations: Their Power and Influence 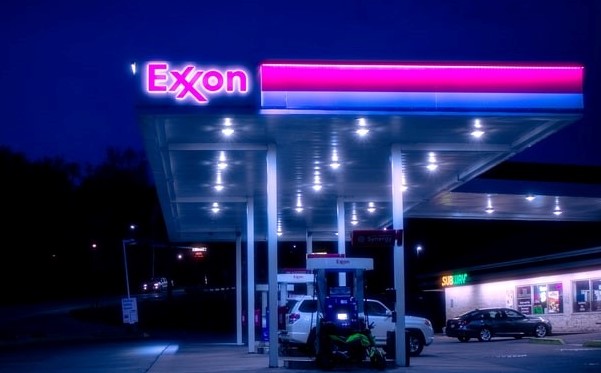