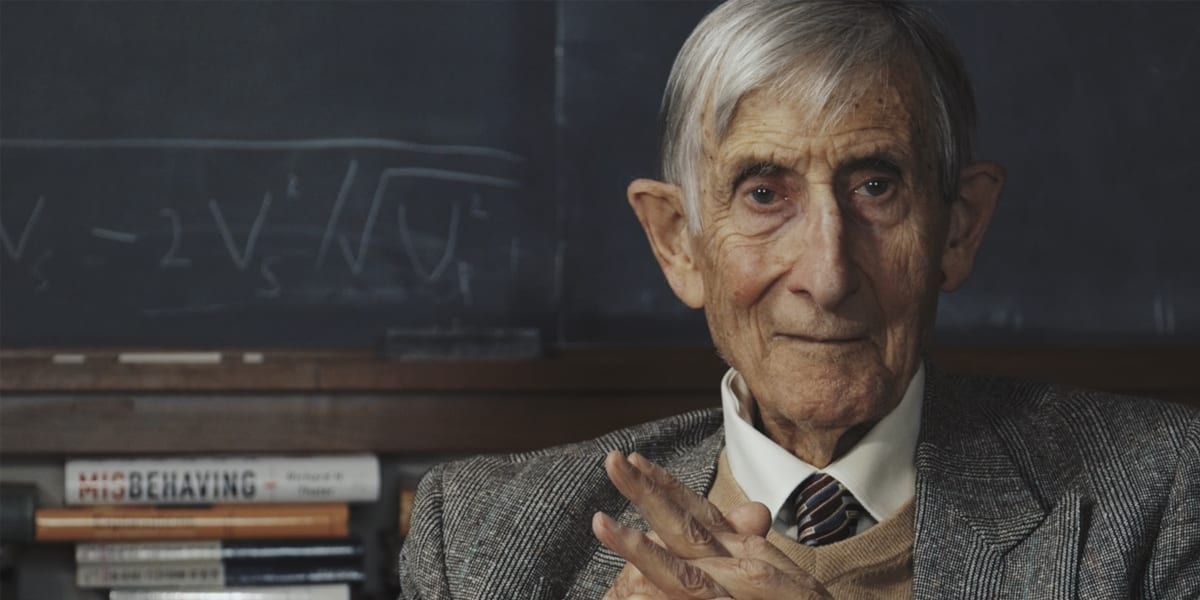 Freeman Dyson is also part of the elite JASON group. For more than four decades, Dyson taught theoretical physics at Princeton’s Institute for Advanced Study, which the New York Times calls “the most rarefied community of scholars.” The Times says Dyson is “a scientist whose intelligence is revered” even by world-class scientists.

Dyson says: “The idea that global warming is the most important problem facing the world is total nonsense and is doing a lot of harm.” He says the computer models used to influence policy on climate change “have overestimated the rate of warming, under-estimated direct benefits of CO2, overestimated the harm from climate change and underestimated human capacity to adapt to capture the benefits.” Dyson says about 15% of global agricultural production is due to increased levels of CO2.

Nobel Prize-winning physicist Ivar Giaever simply says, “One thing you should not do is confuse pollution with CO2—CO2 is not pollution.”

Environmental groups acknowledge that CO2 is not pollution. The group “Plants Need CO2,” which explodes pollution myths about wetlands and plant life echoes the words of these scientists. Headed by the past chair of the National Wetlands Coalition and twice chair of the Audubon Nature Institute, the group says it’s a falsehood to say CO2 is pollution.

The group goes on to say that there are 20+ factors driving climate change, and that the empirical evidence (as opposed to man-made computer climate models) indicates that CO2 is not a major driver of that change. The group says that historically, rising CO2 levels do not precede changes in temperature. Instead, rising CO2 levels follow the earth’s temperature rise.

Alberta’s NDP Premier, Rachel Notley, may refer to CO2 as pollution in order to advance her ideological agenda, yet by doing so, she puts herself at odds with the great scientific thinkers who say she’s wrong. Notley also claims that climate change science is settled. Obviously, world class scientific leaders including Happer, Dyson, and even Nobel laureates like Ivar Giaever, never got her memo. Maybe she should send it again.

Giaever Explains the Unreliability of the "Science" Behind Climate Change Alarmism

The video below is of a speech delivered at the 2012 meeting of Nobel Laureautes by Ivar Ciaever. Giaever carefully explains that climate change is not science, but pseudoscience, and demonstrates why this is true. He is a Norwegian-American physicist who was awarded the Nobel Prize in Physics for his work regarding tunnelling phenomena in superconductors. He is professor emeritus at the Rensselaer Polytechnic Institute, a professor-at-large at the Univ. of Oslo, and the president of Applied Biophysics. 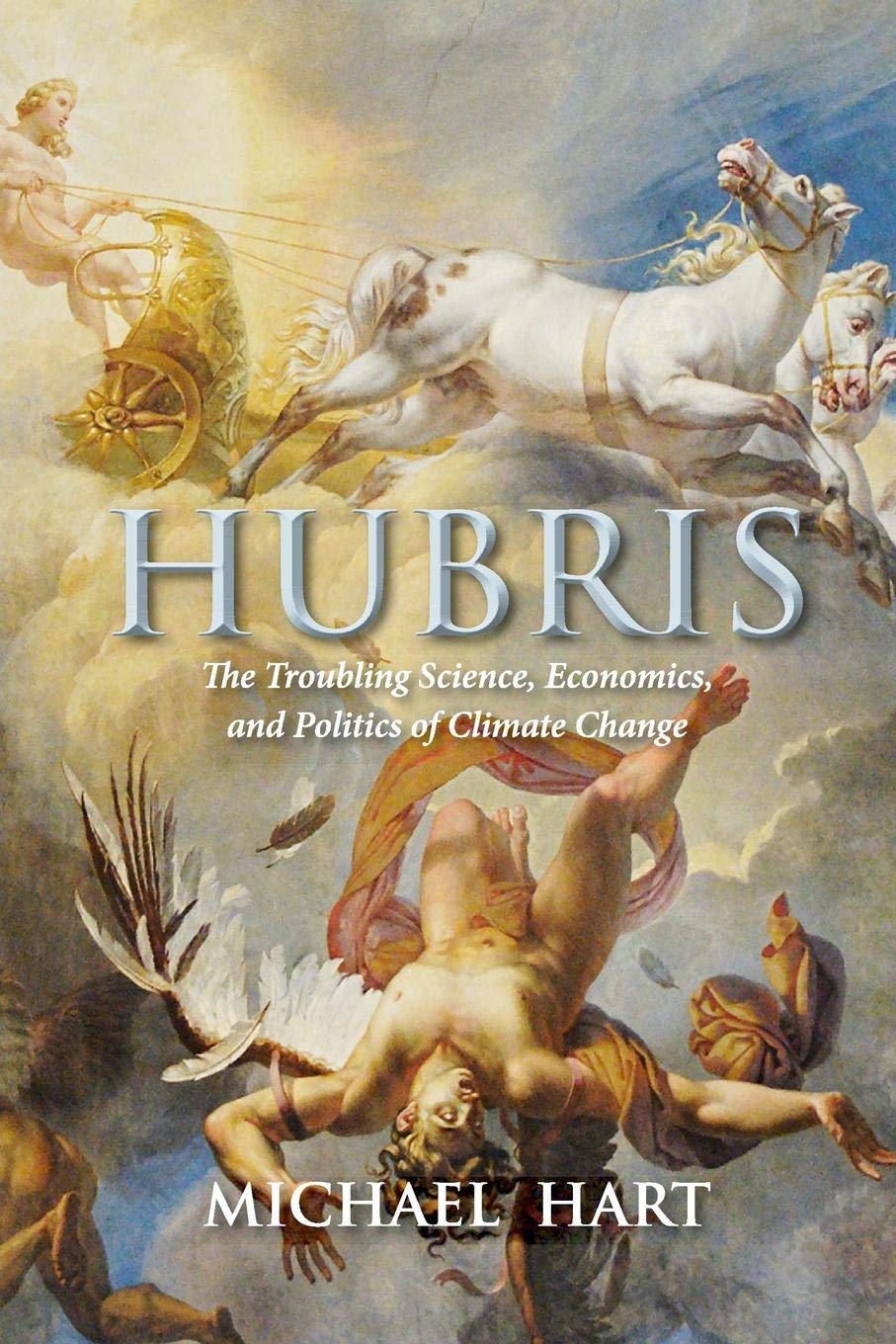 The best reviews and explanations we've read about Michael Hart's book, Hubris, are posted online at Amazon. Here's one of the more succinct comments:

A very extensive, thorough, and well-documented, examination of the development of the global warming/climate change debate. Somewhat lengthy, but overall, quite readable. The "skeptic" bias shows up in some chapters, but mostly, the approach is objective and logical, and the author goes to great length to detail all sources of the information presented.

An object lesson in differentiating scientific facts from projections, modelling results, data re-constructions, probabilities, proxies, indications, correlations, consensus, etc, Also, lots of interesting background on the major players involved in the debate. If you could have only one book on the subject of climate change, this would be an excellent choice.

More about Hubris: The Troubling Science, Economics, and Politics of Climate Change by Grassroots Alberta Initiative

This new book by Canadian academic Michael Hart, is very likely the single-best and most significant publication any of us will come across on climate change. And it is exhaustive. The book is a smooth read, incredibly informative, and reads easily for being such an exhaustive analysis.

Below is an excerpt from the book's preface:

Imagine a movement so bent on achieving its political objectives that it is willing to corrupt science to meet them. Imagine governments around the globe, first adopting and then promoting this official science for more than two generations. Imagine that they are willing to use their regulatory power to implement a massive program of social engineering in order to “save” the planet. Imagine the United Nations leading this movement and insisting that a global effort is required.

Imagine the movement’s leaders believing that people around the globe must change their eating, heating, cooling, lighting, toilet, transportation, manufacturing, entertainment, even housing habits and reject values that are critical to their prosperity, happiness, and welfare, confident that humans can adapt and revert to simpler, more primitive, more local lifestyles, have fewer children, and embrace lives presumed to be more in harmony with nature.

Imagine thousands of scientists engaged at public expense in developing a convincing rationale for this unprecedented project. Imagine that these scientists are willing to compromise their integrity in pursuit of the role of a single factor that they insist controls the most complex and chaotic earth system, a molecule – carbon dioxide – that is literally the building block of all of life.

Imagine that they believe that by reducing its minuscule - .04 percent – presence in the atmosphere, the planet will cool and climate will stabilize at an optimum level, a level seen only in micro-seconds of geological time. Imagine scientists who dismiss the work of hundreds of their colleagues and believe that their work must be suppressed. Imagine a scientific movement dominated by greedy grant farmers and cheered on by the media, insisting that there is no further need to study the science and that governments need to start implementing its preferred policy of worldwide social engineering.

Imagine that many leaders of this movement believe that the world’s population needs to be thinned down to a billion people within a generation or two. Imagine that some of the movement’s most revered leaders, even as they advocate that ordinary people must curb their consumption and live simpler lives, pursue lifestyles that consume more energy and other commodities in a year than an ordinary family of four would need over its lifetime. Imagine a movement whose leaders habitually dissemble and mislead and justify this on the claimed greater good they are pursuing.

Imagine politicians, civil servants, scientists, activists, and the media flying from one exotic location to another as they plan what must be done to coerce changes in our lifestyles, even to the point of sacrificing human freedom and democracy.

Freeman Dyson: A Genius Scientist Who Does Not Accept the Climate Change Hyperbole and Explains Why

Freeman Dyson is a scientist of enormous stature. For more than four decades, he taught theoretical physics at Princeton’s Institute for Advanced Study—described by the New York Times as “the most rarefied community of scholars” in the U.S. The Times says Dyson is “a scientist whose intelligence is revered by other scientists.” One colleague describes him as “infinitely smart.” Another says: “You point Freeman at a problem and he’ll solve it. He’s extraordinarily powerful.”

Dyson is also a longstanding member of JASON—“a small government-financed group of the country’s finest scientists” that evaluates matters of an often classified nature. At JASON meetings, in which everyone present is considered brilliant, reports the Times, someone will idly pose a math question and Dyson will quickly provide an answer, pointing out that “the smallest such number is 18 digits long.”

In the words of one of Dyson’s colleagues, “When this happened one day at lunch, the table fell silent; nobody had the slightest idea how Freeman could have known such a fact or... could have derived it in about two seconds.”

Dyson, who has written several books and received numerous awards (including 21 honorary degrees), is a big-picture thinker. The Times says he’s known for his “penetrating ability to grasp the method and significance of what many kinds of scientists do.”

For the past four years, Dyson has challenged prevailing ideas about climate change. He thinks the computer-generated climate models are flawed because scientists have too little information about the variables.


SCIENCE WRITER MICHAEL CRICHTON EXPLAINS THAT CLIMATE ALARMISTS PRESENT ARGUMENTS FOR WHICH THEY HAVE NO DATA (Posted on Grassroots Alberta Facebook page.)

Michael Crichton was a physician, producer, director, and screenwriter, best known for his work in the science fiction, medical fiction and thriller genres. His books have sold over 200 million copies and include titles such as Jurassic Park, Andromeda Strain, and State of Fear.

Crichton was an articulate voice of reason when it came to debunking the hysterical version of climate change. In this three and a half minute video clip he thoughtfully explains why hysteria drives the champions of the climate change agenda and why the hysteria is not based on reliable information.


CO2 is not a pollutant and in this attached video we see exactly what the impact of CO2 is on plant growth. The two minute video explains why prominent scientists like Princeton's Freeman Dyson say if it wasn't for slightly elevated levels of CO2, the world's food supply would be in trouble.

The video is courtesy of The Center for the Study of Carbon Dioxide and Global Change.


(From Friends of Science)

The Alberta government is running advertisements claiming that closing coal-fired power plants will benefit Albertans by reducing health costs and saving lives. The anti-coal activists used an image of a little girl with an asthma inhaler.

Friends of Science Society takes a look at the evidence on air quality, causes of deaths in Alberta, some asthma triggers, and finds the Alberta government is skewing the story on coal.

Based on a review of the evidence, closing coal-fired power plants will be a tremendous cost to Albertans with little to no health benefit - in fact, power prices will rise and hospitals need lots of power to serve public needs.

Have a look at the evidence over the ideology.


The famous author Michael Crichton has passed away, but through his fiction and nonfiction writings, he remains an important popularizer of scientific ideas and is therefore considered one of the top ten most influential climate skeptics. (His books include Jurassic Park, the Andromedia Strain, Sphere, Congo, and State of Fear.)

About the so-called scientific consensus on global warming Crichton said: “Let’s be clear: the work of science has nothing whatever to do with consensus. Consensus is the business of politics. Science, on the contrary, requires only one investigator who happens to be right.”

The less than two minute video is of Crichton explaining the difference between consensus science and real science. He then goes on to ask how it is possible, with any degree of certainty at all, to predict the earth's climate 100 years from now.