Rex Murphy: Canada is not broken. But its management is

Article by Rex Murphy, published on December 31, 2022, by the National Post.


Is it any wonder that so many Canadians have walked away from politics?

It’s never a good idea to confuse a country with whichever government happens to be mismanaging it at the moment.

So when some people say “Canada is broken,” they surely do not mean the country itself, and most certainly not its citizens.
The country, Canada, its provinces, its regions, cities and towns are, in the main, mostly what they always were. Populated by a kind and industrious citizenry, going about what people always go about, caring for their families, exchanging easy comradeship with their neighbours and friends, doing the daily chores and enjoying the daily delights of life in a good place.

The current of life below politics, or perhaps the better phrase is outside of politics, goes on as it always has gone on. Unravaged by hysterical partisan impulses, indifferent to the hourly sensations of the Twitter feed, more pleased by the knock on the door from a neighbour come by for a chat or (such is the case back home) delivery of a moose steak, than by the latest “revelations” either of scandal or promises out of Ottawa or Washington or St. John’s.

Much of life, we may thank the many gods, exists beyond the contention of parties, the rise of one or the fall of another. The substance of a country lies deeper than the fixed, pre-articulated, “professionally” advised voices of whoever happens to be in charge. Those lives exist outside and oblivious of those voices. They need neither panels nor pundits (I throw myself in the same bucket) to tell them what is going on, how to react to news, or what they should feel.

These views are called “talking points.” It should be below the dignity of any person elected to public office — an honour only a few may claim — to accept a script, a train of words, from some “communications shop,” and then mouth that train of words. That is agreeing to be a puppet. And there is not an MP in Ottawa who ever ran on the promise that he or she would commit to be a wooden doll. How funny, when they get there then, that so many accept the strings and the pre-guided motion of their lips.

It is a very good question why more MPs do not stand aside from their political leaders, why in the House of Commons, there is so little divergence from party lines on matters of full import, from the convoy protest, to the Mary Ng scandal, to the collapse of any reasonable efficiency in our airports … to the multitude of incompetencies and failures of administration we have seen in the past year.

It is the case however that this is our politics of the present moment. The “side” that MPs are on, not their independent minds, determines what they will say and what they will not. This is not a Liberal or a Conservative or an NDP deficiency. It pervades the system.

It is in fact the nature of the game. And to call it a game reveals what most people think it is. And why so many have, in their minds, walked away from politics, from news, and from real participation in civic life. They have seen it is a game, a game that exists more for the players than the audience, which can and does offer great advantage to the players, and the rules of which are not the rules for people in ordinary life. It is no surprise people’s interest or belief in politics is so low.

Our politics is a pantomime of pre-set responses, pre-set criticism, and pre-set reportage. It is the product of a craft of professionals, hired for their (dubious) skills in determining opinion or fashioning it, for their skills in playing on issues to divide and inspire followers, impelled primarily for the winning of office, than for a commitment to honest service to the nation they guide.

And so it is that people in their very normal lives walk away from news bulletins, give hardly a half-ear to what they feel and know is merely being “fed” to them by the stalwarts of the House of Commons, or by those tribunes of the media who seem to have confused journalism with imperfectly disguised projections of their own preconceptions, biases and cultural tastes.

Canada is by no means broken. But what I have euphemistically called here its system of management is broken, and worse, perhaps beyond serious repair.
National Post 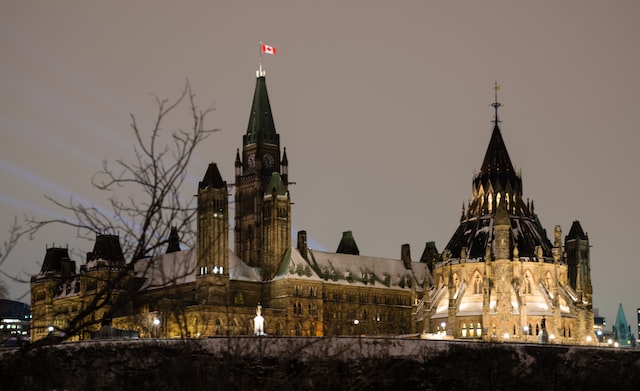 Photo by Naveen Kumar on Unsplash