Farmers in the Netherlands reacted angrily to a proposal by lawmakers, including a plan to shut down some cattle farms to tackle harmful nitrogen emissions. 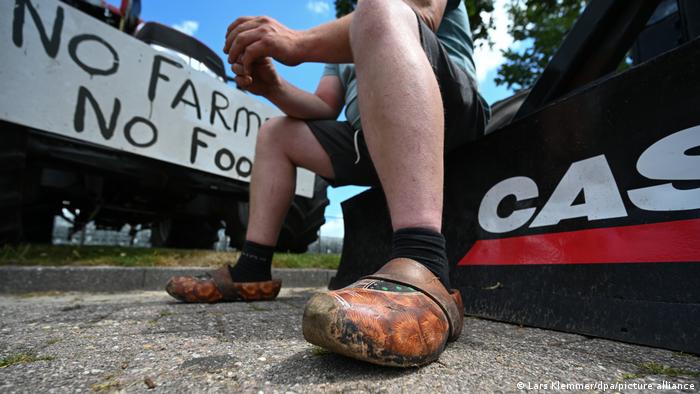 Fishermen also blocked some ports in a show of support for farmers.

Their actions were part of ongoing protests against a government proposal to slash emissions of pollutants like nitrogen oxide and ammonia by 50% by 2030.

Provincial governments were given a year to draw up ways of making the cuts, which were expected to include buying out some farms with livestock that produce large amounts of ammonia.

How serious is the crisis?

Farmers, however, argue they are unfairly targeted and that government has shown little concern for their futures.

While other sectors, including construction, have also been hit, measures to curb the ammonia generated by livestock farming constitute a significant part of the Netherlands' plans.

According to the government's own figures the plan to cut nitrogen emissions by more than 70% in areas close to nature conservation areas could lead to the shutting down of around 30% of livestock farms.

Farmers were calling for "the entire country to be paralysed," and vowed to continue protesting. 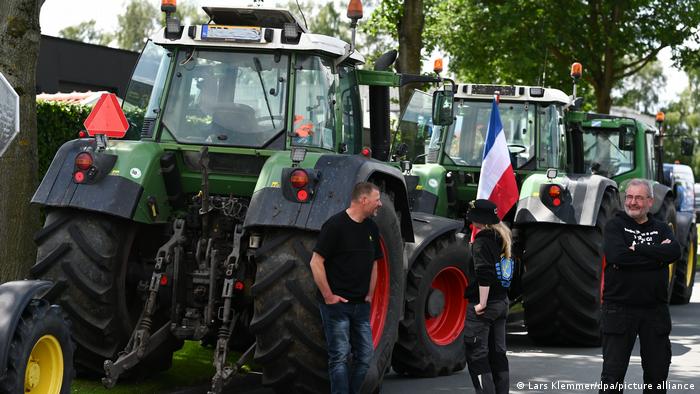 Farmers say they are being unfairly targeted in proposed new environmental emissions rules.

The government has appointed an intermediary to lead talks between farmers' organizations and officials drawing up pollution reduction measures.

However, Prime Minister Mark Rutte has ruled out negotiating with farmers responsible for radical protests.

According to a national farm lobbying group, LTO, there are nearly 54,000 agricultural businesses in the Netherlands with exports totaling 94.5 billion euros (about $99 million) in 2019.