Article by Terry Etam published May 27, 2022, by Frontier Centre for Public Policy

There are a million funny things to talk about, a million laughs to be had, a lot of phenomenal progress being made on numerous fronts, things that do make our lives better and better.

But it’s kind of hard to be smelling the roses when it’s like Voldemort is expected by dinner time.

There’s that war in Ukraine which is too horrifying for words, which is also a sad and stark reminder of the Syrian Civil War, which has been going on for a decade claiming half a million lies, and the even sadder fact that as these things drag on, the world’s attention simply moves on to the next catastrophe, real or imagined.

But this is an energy site, and frankly the energy side is as depressing as both those wars. Why?

Because there is a global energy shortage, and there are global food shortages, and the combination of the two has the potential to severely impact billions.

That’s not hyperbole, and it is a bit of a perfect energy-storm.

The Russian war is definitely having an impact, because both Ukraine and Russia are massive grain producers and exporters. Neither is looking good on that front at the moment. But the energy shortage is a looming mountain compared to that foothill.

Cheap and reliable energy allows modern farming to take place, both through ubiquitous fuel, and through abundant fertilizer. Both of these are now in short supply, and that is going to impact yields going forward. The title quote is from the head of a US equipment dealers association, and in the same article the head of a manufacturing association in no uncertain terms points out the massive and real risk to the manufacturing sector from high natural gas prices.

The Economist, in a recent article, pointed out how dire the situation is, that currently nearly 1.6 billion people cannot be sure of getting enough to eat (whatever that means) and 250 million are close to famine (ok, that I get). They blame the Russian war, and, of course, climate change, because weather has impacted crops in various parts of the world.

Climate change is not the problem here though. Every year, year after year, for centuries, some regions have too much precipitation, some not enough. Some parts in some years are too cold, and some too hot. Global food production has increased steadily over the past decades, keeping up handily with a growing population. Famine deaths have similarly plummeted. There is no basis to say that extreme weather is leading to food shortages on a global basis – though it could happen should a series of events happen within close proximity time wise. But that’s not the case in this decade thus far.

No, this time it’s different, and for that we can thank the likes of The Economist. Since they always ask for feedback on their articles, I thought it might not be a bad idea to offer them a viewpoint that I would bet they don’t hear within their storied hallways:

“Re: “Why the world is tipping towards mass hunger” – you erroneously tag climate change as a reason. True, there are floods and droughts and other extreme events that harm crops in localized regions- but it has always been thus. The major reason the food system is under duress has to do with strangulation of the world’s fuel supply, which began well before Russia’s invasion. That act of war simply accelerated it.
The “divest fossil fuels” campaign is bearing ghastly fruit. This is the consequence. There is no suitable replacement for the existing fuel system and won’t be for decades. Yet the editorial choice was made nearly universally to accept and promote the idea that humanity was at risk in half a century due to climate change rather than even contemplating whether humanity would be at risk in 2 years if the war on hydrocarbons succeeded.

Ironic food supply discussion, isn’t it Dear Economist: You reap what you sow. This is your moment. Consider what you’ve done. 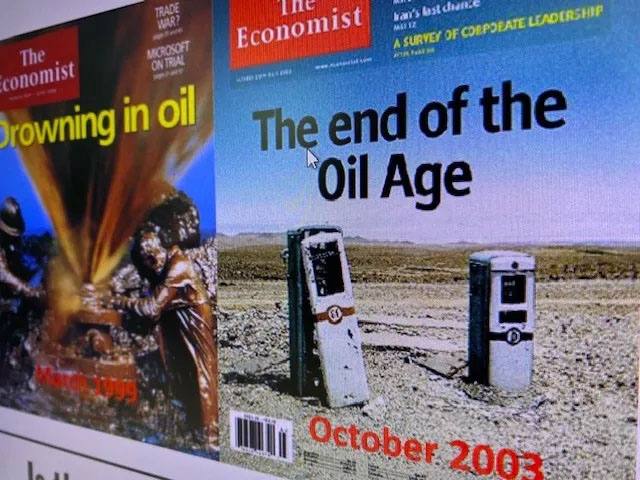