Article by Ron Davidson published June 22, 2022, by Friends of Science Society A pdf of   ▸

There’s a lesson for Canada's political leaders in the short life and quick death of Jason Kenney as premier of Alberta.

It’s one-strike-you’re-out politics now after Kenney got the weakest vote of confidence possible with a 51 per cent thumbs-up to his leadership from the United Conservative Party base.

It’s an almost-unfathomable act of internecine leadership homicide, with all the usual suspects cheering on Kenney being given last rites as they plotted their run as his replacement.

This is not just any party, but the one Kenney FOUNDED and carried to a strong majority over the governing NDP just three years ago.

Now, it seems, you can’t even survive a leadership review following a massive election victory.

And Kenney was booted out for what, exactly? Some say there’s a personality flaw in this walking, talking ego which had to be humbled. Others suggest he just wasn’t true-blue conservative enough. Or perhaps he tilted too far hard-right.

But mostly it’s because he, like every other premier, couldn’t find a balance between public restrictions and freedoms during a raging pandemic nobody had experienced before.

He was doubly challenged because Alberta was the pandemic’s most divided province. Rural areas chaffed against restrictions while incubating the Freedom Convoy. Big city voters were supporting the science and demanding aggressive action to flatten the waves.

Kenney, being a mere mortal, could not bridge a black-and-white polarization without any grey areas.

Complicating Kenney’s early reign was an oil price which briefly skidded into the abyss, virtually unsellable to U.S. refineries at any price.

So now, at the precise moment pandemic paranoia fades into mostly-normal behavior and the Alberta oil patch starts firing on premium energy prices, UCP members have ditched their leader because the polls show he’ll be a future failure in an election that’s still a year away.

And who is their preferred savior? Brian JEAN?? The man was a featherweight MP, sitting far back and silent on the Stephen Harper backbench while Kenney was scouring Ontario’s ethnic communities, sacrificing his waistline to find votes which had traditionally gone to Pierre Trudeau Liberals.

Or will they embrace Danielle Smith, the former Wild Rose party leader who tried and botched the original attempted merger with the Progressive Conservatives and ended up being ditched by both parties?

Either of those loser-history hopefuls rate as NDP leader Rachel Notley’s dream rival and perhaps offer her an even better shot at reclaiming government.

Look, Kenney is not without considerable sin as a leader. He didn’t understand the team concept or view his caucus as anything more than a one-man echo chamber. He repeatedly rubbed Albertans the wrong way with tone-deaf policies and plans.

But if the driving force behind his dismissal was being too-hard or too-soft and never-just-right on pandemic fighting policies, well, that’s just crazy.

Kenney clearly needed his ears boxed so he could hear the voters better and some super-coarse sandpaper to smooth down his abrasive style. But he also needed time to learn from his mistakes.

Rather than give him the chance to win or lose the next election, which he deserved, he was dumped because the polls, which can rarely predict an election result a year out with any accuracy, see orange trouble ahead.

It’s instructive for leadership aspirants of all stripes, but particularly Conservatives, to view the killed-Kenney experience, in tandem with the quickly-knifed Andrew Scheer and Erin O’Toole leaderships, as their new reality and potential fate.

And if not being kumbaya-enough is a fatal leadership flaw, well, wait until Conservatives get an up-close-and-personal encounter with Pierre Poilievre, who doesn’t exactly ooze team player charisma.

(Watching Poilievre stumbling around the starting gate, boasting about talking in “Anglo-Saxon words”, backing free-falling crypto currencies as an inflation hedge and vowing to take a flamethrower to Bank of Canada management, suggests he’s one election away from getting the Kenney treatment himself.)

Canada’s Conservatives appear to have turned national and provincial leadership reviews into poll-driven popularity contests where their next election’s winnability is the only criteria for renewing a leadership lease.

And we wonder why the calibre of contenders for our political leadership is so pathetically low.

I’m told, by the way, that Jason Kenney was blindsided by the 51 per cent number. He was privately predicting he would score in the mid-60 percentile range just a few days ago.

Perhaps that shows he was indeed sadly out of touch with the mutinous mood of his party.

But as the UCP founder who led them out of the opposition wilderness to a crushing 63-seat majority and through unprecedented economic and health care challenges, Premier Jason Kenney deserved a better political death. 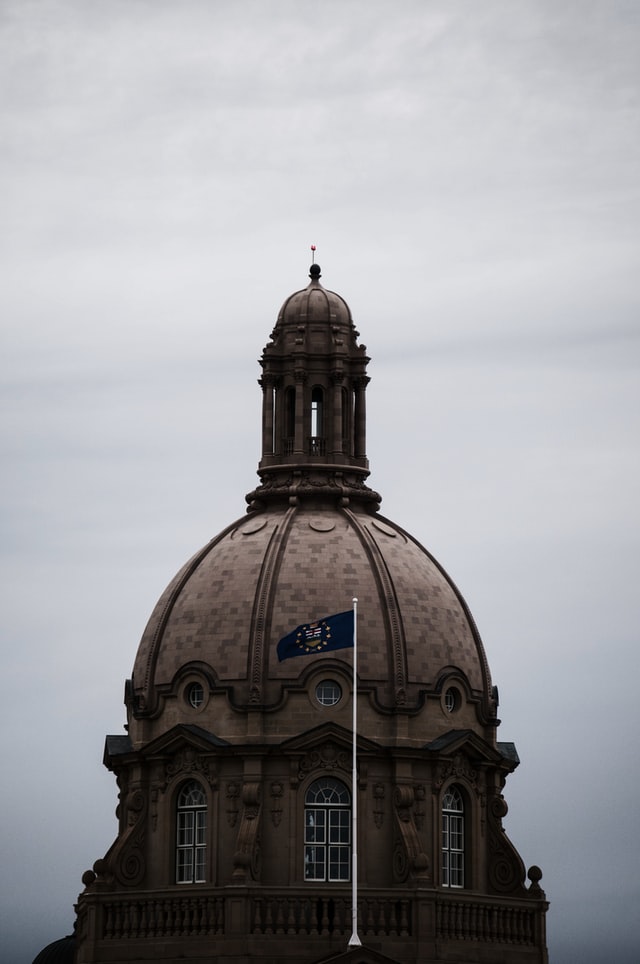 Photo by Ezra Jeffrey-Comeau on Unsplash