Article by Peter Tertzakian published on Oct 20, 2021 by the Financial Post Renewables going up   ▸

Article by Philip Cross published on October 15, 2021 by the Financial Post      Shortages   ▸

Will COP26 Flop in Glasgow?

September 2021 Quarterly Newsletter - Political Developments, Friends of Science Society
The 26th annual Conference of Parties (COP26) under the UN Framework Convention on Climate Change(UNFCCC), having been re-scheduled from 2020 because of COVID, will take place in Glasgow from October 31 to November 12 of this year. The UK, as host for the event, is touting it as the “world’s best last chance to get runaway climate change under control.” It has issued a document COP26 Explained describing what the COP is all about, in particular, the conference’s four goals “What do we need to accomplish at COP26?” are:


On September 16, the UN issued its United in Science 2021 report, a collaborative effort by the World Meteorological Organization, the UN Environment Program, the World Health Organization, the Intergovernmental Panel on Climate Change(IPCC), Global Carbon Project, the World Climate Research Program, and the UK Met Office.

These agencies summarized their various messages of urgency and impending disaster into the segmented wheel diagram shown opposite. UN Secretary-General António Guterres added a warning that this report “… is an alarming appraisal of just how far off course we are … Unless there are immediate, rapid and large-scale reductions in greenhouse gas emissions, limiting warming to 1.5 °C will be impossible, with catastrophic consequences for people and the planet on which we depend.”

Not everyone is eager for COP26 to proceed as planned. Climate Action Network International (CAN), which describes itself as “the world’s largest environmental network of over 1,500 non-governmental organizations in over 130 countries fighting the climate crisis”, issued a press release on September 7 calling for COP26 to be postponed. CAN claims that a safe, inclusive, and just global climate conference is impossible, due to the COVID pandemic. This means excluding government delegates, civil society campaigners, and journalists from Global South countries that are on the UK’s Covid19 “red list.” CAN states that its call to postpone COP26 in no way implies postponement of urgent climate action or a boycott of the climate talks, and it promises to continue to hold accountable “those in power” for their efforts to avert the “worst of the climate crisis.” In response, COP26 President, Alok Sharma pushed back, saying that the IPCC’s latest assessment report “underlines why COP26 must go ahead this November.”

Achieving Goal 1 for the COP depends on all countries’ NDCs. However, China and India (first and third among global emitters), as well as 85 other countries failed to submitnew or updated NDCs by the July 31 deadline as required under the Paris Agreement. As of September 17, only 59% of parties to the Paris Agreement, representing 49% of global emissions had submitted new or updated NDCs. The NDCs submitted so far imply a 16% rise in global emissions by 2030, compared to 2010, and (according to the IPCC) a temperature rise of 2.7 °C by the end of the century.

To get China to cooperate ahead of COP26, US climate envoy John Kerry met virtually on September 1 with China's foreign minister Wang Yi in Tianjin. There, he was told that prolonged tensions between the world's two major powers make it difficult for them to work together on climate. These tensions include alleged human rights abuses in Xinjiang, the crackdown on freedoms in Hong Kong, and security challenges to Taiwan and in the South China Sea. A problem for Mr. Kerry is that, following the humiliating US withdrawal from Afghanistan, President Joe Biden and his climate envoy look rather weak. China's state-run Global Times thought it "absurd" that the Biden administration is trying to look righteous and reasonable by separating cooperation on the climate issue from the entire China-US relationship. On September 21 China’s top climate negotiator said that Beijing would release its updated plans “in the near future”, potentially before COP26. However, China is reluctant to change the Paris Agreement target of 2 °C to 1.5 °C, though it will no longer fund coal-fired power plants abroad,it will continue constructing them at home and thus be able to produce and export wind and solar equipment more cheaply than most OECD nations.

For developing nations defining what adaptation (Goal 2) looks like remains “unacceptably vague” as there is no universal metric to assess resilience to climate impacts. Therefore in July, a group of 100+ nations most vulnerable to climate impacts published a plan that is strong on easy-to-measure finance, including loss & damage reparations. The resulting document, A Five-Point Plan for Solidarity, Fairness, and Prosperity, lays out “five areas in which all governments, especially those of nations that became prosperous through the untrammeled burning of fossil fuels, need to deliver on their promises before and during COP26”:


For the first point, cutting emissions, the five-point plan selected five rich countries plus the EU to implement “fair shares accounting in order to take adequate responsibility for creating the climate crisis” as follows:

Regarding point 3, on September 16, the UN Secretary-General said: "I believe that we are at risk of not having a success in COP26. There is still a level of mistrust, between north and south, developed and developing countries, that needs to be overcome.” On September 21, a “frustrated” Boris Johnson used his speech at the UN General Assembly to blast developed nations for lagging on the $100 billion/year in climate finance to developing countries. In his speech to the General Assembly, US President Joe Biden announced a doubling of his country’s climate finance to $11 billion/year by 2024 (subject to Congressional approval). At COP26 poor countries will not only want assurance that the $100 billion/year target will be fulfilled, but will also expect the start of negotiations on a new finance regime for 2025. According to the OECD, climate finance reached $80 billion in 2019 (2020 data won’t be available until 2022).

A big sticking point at COP26 will be carbon trading (point 4) and its associated rules. These are crucial because carbon trading is the only form of commodity trading where it is impossible to establish with reasonable accuracy how much is being bought and sold, where the commodity traded is invisible, and where both parties benefit if the quantities traded are exaggerated. It is thus an open invitation to fraud. However, if the alternative means that planes stop flying and ships stop sailing, as the radical alarmists want, then paying untold billions in fraudulent indulgences may be worthwhile.

The prospects for a successful COP26 appear dim, due to the following issues: 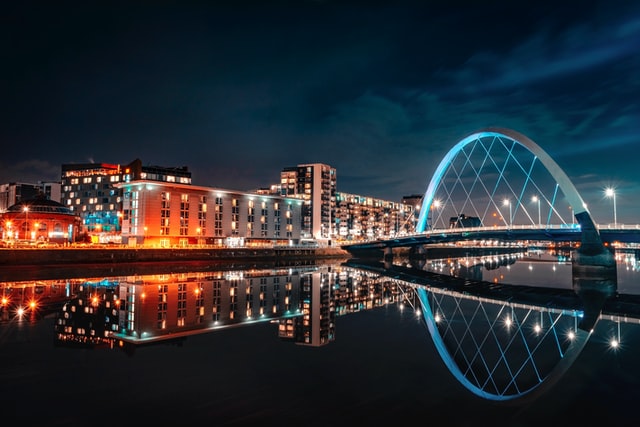 Photo by Craig McKay on Unsplash