The following is a condensed version of a speech given by Preston Manning at a Frontier Centre for Public Policy event in Winnipeg on Sept. 22, 2022. Watch the video here.

But what do we have? As the second largest country by area on the face of the earth, we have the second if not the largest stock of natural resources on the planet.

And if that is the case we need our natural resource sectors—agriculture, energy, mining, forestry, and fisheries—to be recognized and treated not as relics of our past, or declining sunset sectors, or environmental liabilities, but as fundamental building blocks of the present and future economy.

And if eastern and central Canada don’t recognize and act on this reality, then Western Canada should take the lead in doing so because these natural resource sectors are certainly fundamental building blocks of our economy and our contributions to the national and global economies.

I could go on and on as to what changes are needed in public policy to build a positive economic future on the foundation of the natural resource sectors, but the starting point would be to stop penalizing and harassing those sectors with over-regulation and anti-development measures such as fertilizer reduction mandates and pipeline cancellation policies.

Suffice it then to say that these resource sectors deserve to be recognized and treated by government and policymakers as fundamental building blocks of this country’s present and future economy.

Let me now suggest and elaborate on three things that could make Canada’s political future brighter:

Populism refers to those bottom-up outbursts of political energy from rank-and-file people that erupt from time to time to disrupt the political status quo by raising concerns, policy issues, and leadership personalities which otherwise might not have appeared or been addressed.

Populism becomes a potential factor in the politics of a country or province or city when some concern (usually an economic one) afflicts large numbers of rank-and- file voters and arouses them to some sort of bottom-up political action. If those voters believe that the political elites of the day are utterly indifferent or hostile to their concerns, they become increasingly alienated from the conventional political system and increasingly open to solutions and political actions offered by new and unconventional sources.

Although few commentators recognize it, in the 20th century Western Canada has had more experience with populist movements, populist parties, and populist governments than any other part of North America. It’s true that populist movements can have their wild and woolly side that needs to be recognized and avoided. But the experience of Western Canada is that bottom-up populist energy, if it’s properly managed and responsibly led, can be harnessed to some very worthwhile objectives.

Let me give you a few examples:

The first woman elected to the Parliament of Canada in 1921, Agnes Campbell MacPhail, did not get there with the help and encouragement of the traditional political establishment who bitterly opposed her election. She got there as candidate of a populist party, the Progressive Party of Canada, which was part of the farmers’ movement of the early 20th century.

The Famous Five who got women recognized as “persons” in Canadian law—Louise McKinney, Emily Murphy, Nellie McClung, Irene Parlby, and Henrietta Edwards—were all associated with the populist farmers’ parties that dominated Western Canadian politics in the 1920s and ’30s.

The 1930 constitutional amendment that wrested ownership and control of the natural resources of Manitoba, Saskatchewan, and Alberta out of the hands of the federal government and into the hands of the Prairie provinces was achieved by an alliance between the United Farmers of Alberta, a populist party, and populist progressives in the House of Commons.

And the original version of Canadian Medicare, whether you agree with it entirely or not, was pioneered by the populist Co-operative Commonwealth Federation—one of two populist parties spawned in Western Canada during the Great Depression.

These are all examples of bottom-up populist political energy being harnessed to very positive objectives—women’s rights, constitutional reform, resource ownership, and health care. So maybe we should take a harder look at our populist history to see what can be learned from it with respect to managing bottom-up political energy today and harnessing it to positive objectives—like addressing the need for budget balancing, or the need to repair the damages arising from the mismanagement of the COVID pandemic, or the need for Medicare 2.0 that the COVID crisis has made self-evident.

We can ignore these movements and the democratic energy they represent—or denounce them as our prime minister has done—or we can seek to understand their root causes and try to harness that energy to positive objectives as has been done successfully in the past, especially in Western Canada.

On Recruiting and Training Stronger People to Public Life

I’ve been involved since 1968 in trying to recruit people to run for public office and it’s becoming more and more difficult to get good people with strong qualifications to even consider it.

For one thing, while there is a considerable amount of training and help from the parties and political consulting firms on “how to get elected,” there is very little substantial training for what to do and how to do it “after getting elected.” And these days, the pace of politics and government is so frantic that there is no time as there was in the old days “to learn on the job.”

And then there are the two most frequent reasons given by strong would-be candidates for NOT entering the political arena. (1) I will not submit myself or my family to the personal abuse—increasingly through the social media—that a candidate for public office is subjected to. (2) I can’t afford to take the pay cut that running and achieving public office will entail.

So what can be done to address these deficiencies in the preparation of good people for public office and to address the main reasons why so many decline? One thing is for the parties, or perhaps some non-partisan organization dedicated to improving our democracy, to develop a recruiting system for identifying persons of Competence, Commitment, and Character—not six months before an election but six or more years before an election, while those individuals are still mouldable and there is time and opportunity to provide preparatory training, not just on how to get elected, but more importantly on what to do and how to do it after securing election.

The approach could be akin to that of the scouts in the professional sporting world who are charged with finding talented athletes early on and recruiting them to play for teams of all levels.

I have a copy of a letter here written by a peewee coach with scouting responsibilities sent to Punch Imlach when he was general manager of the Toronto Maple Leafs. It’s about a 12-year-old kid who’s playing in a minor playoff and advises Imlach to send one of his men to take a look at him and place him on the Leafs list now before somebody else gets him. By the way, his name is Bobby Orr.

And so I ask, where is our equivalent of that in the Canadian democratic political arena, and what can be done to scout and prepare Canadians of Competence, Commitment, and Character to play the political game at the municipal, provincial, and federal level?

In this age of social media and an infinite number of ways to communicate, I worry about our tendency to substitute discussing, conferencing, blogging, face booking, tweeting, etc. for actually doing something about the subjects of those discussions, conferences, and tweets.

The important thing is not to discuss the future of Canada ad infinitum, but to decide on one or two things we can personally do to ensure that that future is positive on the economic front, on the political front, or on whatever front you may be personally engaged.


Whatever it is, let us do something to ensure that the Future of Canada is positive and bright, not just for ourselves, but for our children, our grandchildren, and for generations to come.

Preston Manning served as a member of the Canadian Parliament from 1993 to 2001, and as leader of the Opposition from 1997 to 2000. He founded two political parties: the Reform Party of Canada and the Canadian Reform Conservative Alliance. Both of these became the Official Opposition in Parliament and led to the creation of the Conservative Party of Canada, which formed the federal government from 2004-2015. This appeared originally here. 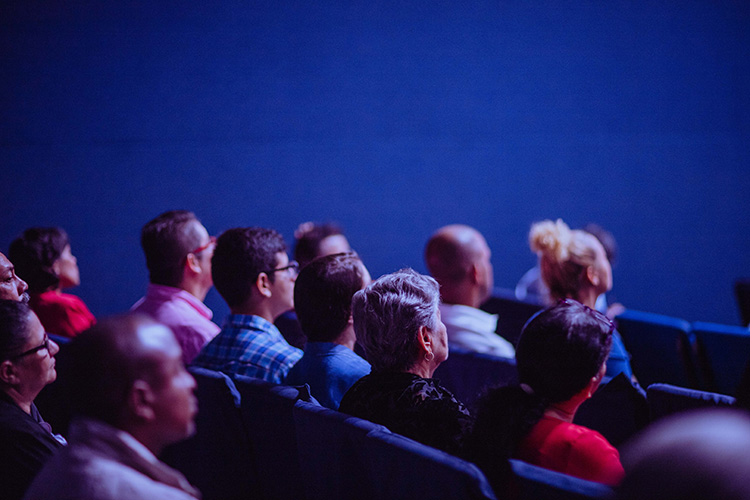